Some of you may or may not know that I have major depressive disorder (at least that’s what clinical tests tell me). And this is something I have battled with my entire life. Don’t worry, I’m not going to go crazy all of you or anything and I’m constantly being treated and evaluated on a monthly basis.

However, there is a lot about depression that people don’t know or understand because they have never dealt with it or lived with someone who has it. And many people, including myself, can fake happiness so that others won’t notice. Signs and symptoms of my depression include:

1. Withdrawl from daily activities and friends
2. Extreme fatigue and tiredness
3. Lack of self-confidence which often can lead to lack of self-care
4. A constant overwhelmed feeling
5. A general sadness
6. Feeling no purpose in life and having no drive
7. Lack of goals
8. Unable to make future plans
9. Negative self-talk of “you’re not good enough,” “just give up”
10. Last but not least, suicidal thoughts

So, please, if you see someone who has any of these signs, don’t ignore them. Ask them how they are really doing. Check up on them often. If they aren’t your friend but know someone who is, ask that person to check up on them. Most likely, people with depression will not reach out to others.

Whew, that was a hard one to get out but now it’s out on the interwebs for the world to know. And I’m okay with that.

I’ve decided I need a blog. Well, I’ve had this blog for about 14 years but I thought it needed updating since 2009 was the last date I posted. So I got all WordPress savvy (not really) and put my excellent design skills to work – can’t you tell? I need a creative outlet, or just an outlet in general. Somewhere to let my thoughts out other than Facebook, Twitter, Instagram and whatever other social platform others deem necessary. So here it it – ta da! At the top you can see I have a menu link to my 2 businesses – Insomnia Interactive and Young Living Essential Oils. Also, I’ve added my 3, YES 3 twitter feeds to the left so you can just try and keep up with me. I dare you. So, welcome and hopefully I can continue updating this cutting-edge technology that I should’ve started 10 years ago.

Yes, God slapped me right in the face today with humility. I’ve never been so humbled before. What happened? Well, I have a teensy weensy bit of road rage. A big black escalade took my turn at a 4 way stop. It was obvious that he went in front of me. It wasn’t one of those where you couldn’t tell who went next. It was definitely me. So I sped up and tailed him for as long as I could until I had to turn in to the church parking lot. Yes, what a great example I was. I layed my horn on him for about a minute before I turned. All while Oliver is in the backseat saying, “Mommy, you beep?” So I pull into the parking lot at church to drop Oliver off for school. And guess who pulls up beside me and knocks on my window. A big black man. I debated whether to open my door or not, not knowing what would happen next. But I rolled down my window. HE APOLOGIZED for cutting me off at the stop sign! I couldn’t believe it. This blew me away. I was still a little shaken up from all the road rage I had so all I could say was “Sorry for honking at you.” Wow. What kind of loser does this make me? On top of all this, it turns out I know the people! Now I don’t know them very well but I know them well enough to know that their sons attend the same Mother’s Day Out program as Oliver does. I’m just floored at my behavior. Speechless. I wanted to curl up in a little ball and cry all day. Where does this put me? Right up there with Kanye, Serena, and all the other rude people of the world right now? So here is my lesson for today (brought to you by God). Be completely humble and gentle; be patient, bearing with one another in love. Ephesians 4:2

Here are pics from Molly’s first day of 1st grade. This is a big transition this year since she is gone all day everyday now. It’s also a big transition since this is her 3rd school in 3 years. Pre-K was at one school, Kindergarten was where we used to live and now this school. But she got lucky and one of her friends from her old school also moved into our district and is in her class so that was helpful in her adjusting I think.

It’s a lot quieter around the house and I find myself going early to pick her up just because I don’t know what to do with myself. There are also pics of her and her ex teacher. They pulled her teacher out after the first week to do specialized reading and math and hired a new teacher (I don’t have pics of her yet). They said it’s because they had too many 1st graders. Anyway, I liked the old teacher but hopefully we’ll like the new one too. Also, the pic with the cookie is her birthday cookie at school. I surprised her and the class with sugar cookies from my favorite Eileen’s Colassal Cookies shop. Here’s to a fun year of first grade! 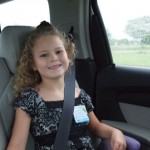 In the car on the way to school 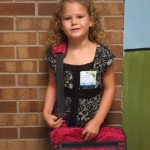 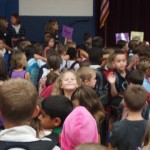 Molly and her friend from Kindergarten 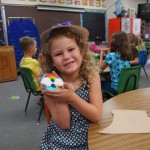 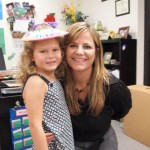 Molly and her old teacher

Molly is so beautiful. I absolutely LOVE her hair. These pics are her “2 day no wash just got out of bed” hair. See why I’m so jealous… 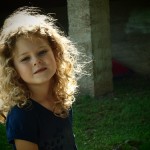 Molly at the farm 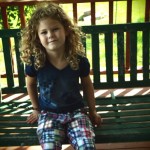 So, I’ve been told I need a hobby. As if being a full-time mom, working full-time, running kids around to sports and activities, cooking, cleaning (ok, I don’t clean – I have a housecleaner for that), trying to find time to exercise, and laundry weren’t enough. So I decided to search for a new hobby and I came across a website called www.notsoboringlife.com and it is supposed to help you find a hobby. I thought I would share some possibilities for me:
Beatboxing
Dumpster Diving
Eating Out (my fav)
People Watching
Shark Fishing (this would work well in Oklahoma)
Socializing with Friends (done!)
Surf Fishing (another lake favorite I’m sure)
Tea Tasting
Tombstone Rubbing
So which one should I start with? 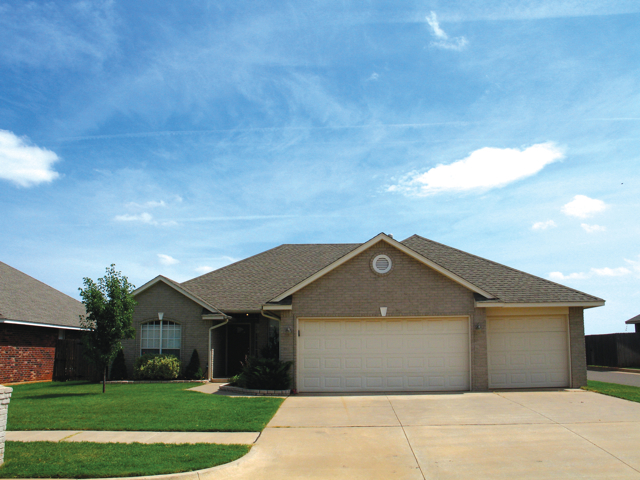 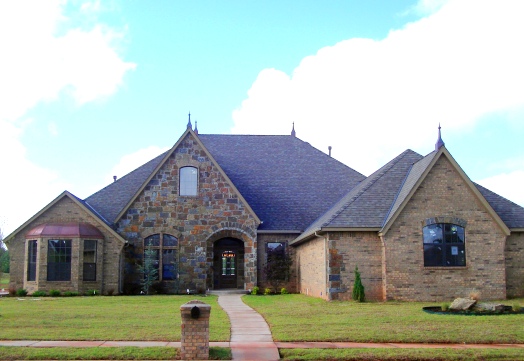 3 Comments |
Sink your teeth into this 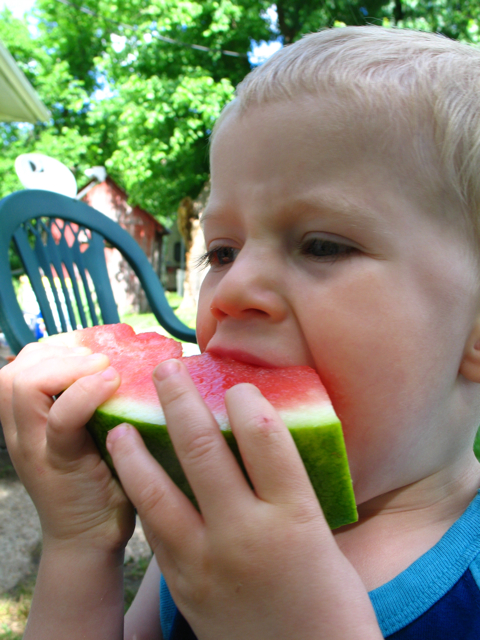 Comments Off on Sink your teeth into this |
My poser children

Here are some poses as of late of the kids. Notice Oliver’s snow boots in the 75 degree weather. Those are his favorite shoes (I think because he can put them on himself). I have to hide them so he won’t wear them everyday. 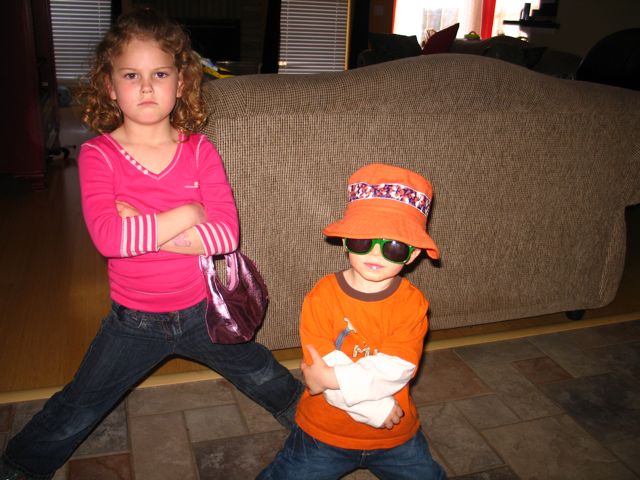 For those of you not on facebook – here is a video of Oliver’s first knock knock joke. What a hoot!